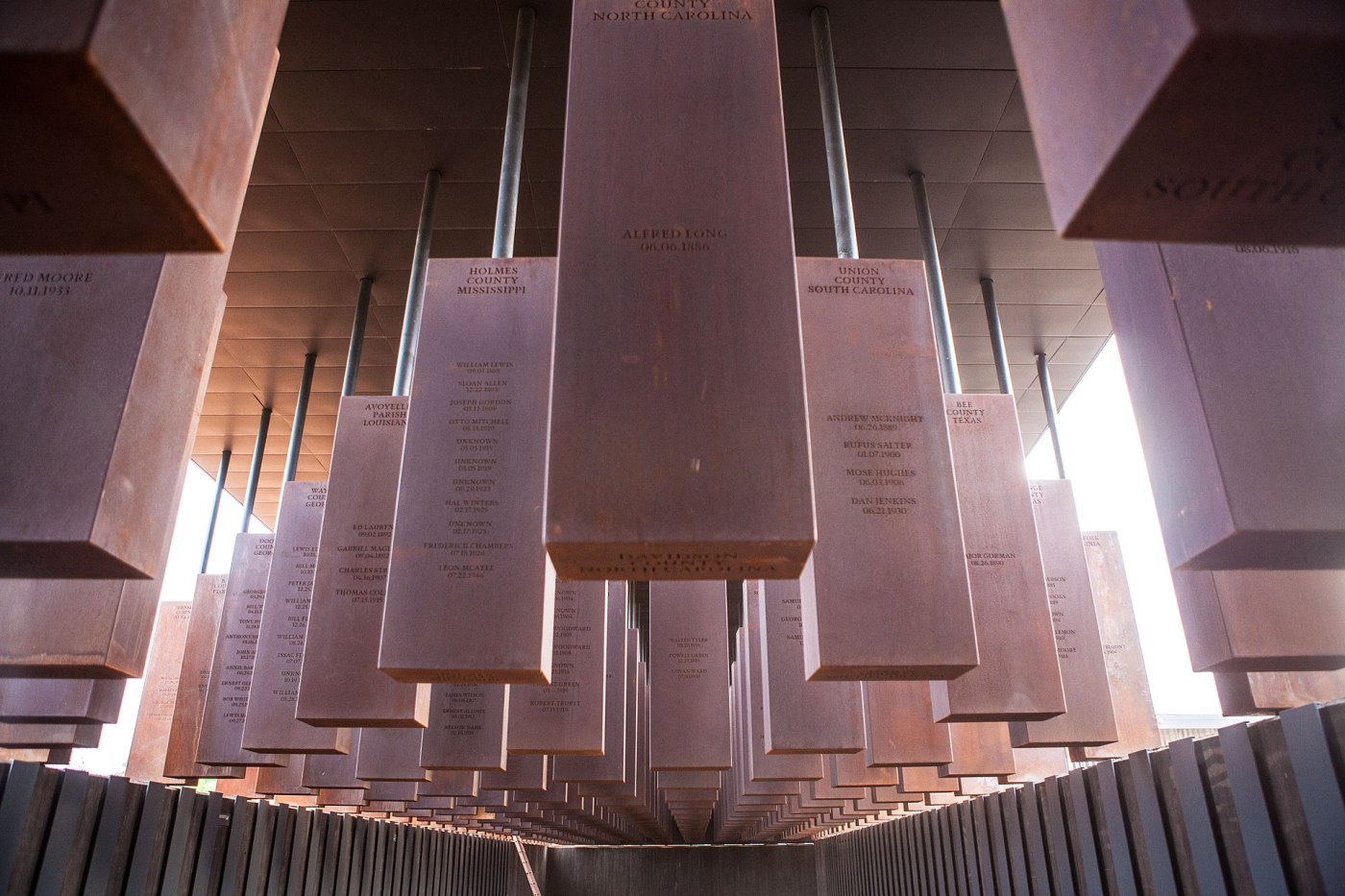 The National Memorial for Peace and Justice, Montgomery Alabama
photo by Soniakapedia

George Floyd, Regis Korchinski-Paquet, Breonna Taylor, Tony McDade, Dion Johnson, James Scurlock, Manuel Ellis, Ahmaud Arbery. These names are only an abbreviated list of Black lives brutally stolen by police or vigilantes during the past few weeks, a list that only includes names that rose to public attention and omits those routinely oppressed and over-policed. Continuing the legacy of the 4,400 lynching victims listed in the National Memorial for Peace and Justice, or National Lynching Memorial, in Montgomery, Alabama, the list seems endless. The National Lynching Memorial, depicted above, includes 805 steel sheets hanging in the shape of coffins, a haunting image of the documented lynchings that occurred from 1877 to 1950. Recent events demonstrate that the legacy of white supremacy lives on long after its victims. In response, today’s Listology post follows a different type of list than usual, calls to action for allies of the Black Community, a list composed by my students at the University of California, Los Angeles. My students include members of most races and ethnicities, a demographic array that has made recent events and the military response to protests in their city particularly difficult to bear. In a class about epic heroes, we felt compelled to address the failings of heroic values: namely, the excessive use of force to assert dominance. Their efforts to redefine heroism in modern terms resulted in a list of actions for the everyman and the overarching principle that silence and inactivity is not neutrality but complicity. Rather than pursuing the usual Listology activity of analyzing a list from an objective distance, today’s post lets these lists speak for themselves. I thus share the wisdom of others that my students collected for us all. I hope that we may follow the path that my students have lain for re-educating ourselves now that our educations prove to be failing.

Reading List
[When buying books, you might want to use  www.bookshop.org instead of Amazon in order to support local bookstores]